Reversing course on Wells Fargo: too big to succeed

Reversing course on Wells Fargo: too big to succeed

The Theory of Reflexivity was postulated by guru hedge fund manager George Soros to describe investments whose success breeds even more success, and conversely whose troubles breed even more troubles. Such self-perpetuating success stories are rare, but one industry abounds with them: banks.

We used to own shares in Wells Fargo (WFC), one of the largest national banks in the US. Our thesis was simple: growing banks tend to keep growing and the sustainability of this phenomenon is under-priced by the majority of investors. We sold when we felt WFC had reached its growth limits. Management was using increasingly tenuous accounting trickery (provision releases being the major one) to meet Wall Street estimates. We are now short Wells Fargo.

Usually, when a behemoth bank with limited scope to expand (Figure 1) stops growing, a lot of skeletons begin to fall out of the closet. And they did. 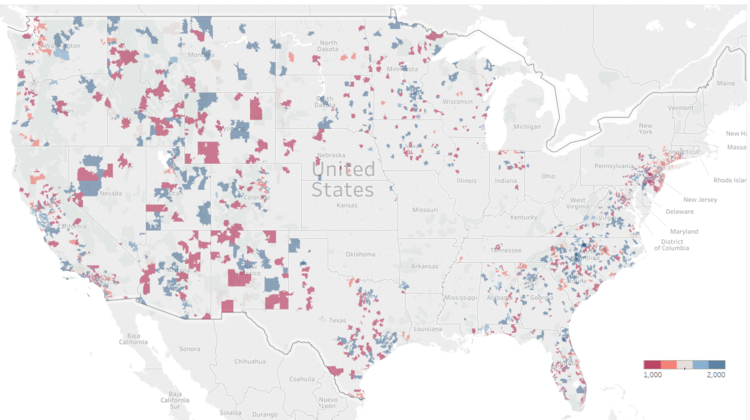 Wells Fargo has been rocked by a scandal surrounding phony customer accounts and fake cross-sell of products. The cause, ironically, can be attributed to a well-known management dictum of WFC’s largest shareholder, Warren Buffet, who once remarked that “incentives create outcomes”. This sounds like a homespun recipe for success in terms of aligning staff with management goals. However, in very large, hierarchical organisations, sometimes it pays to be careful with what you wish for….

In this case senior, bank management had become convinced that the best growth opportunity was for WFC to sell more products to its existing client base. Everyone at WFC from tellers up was remunerated for each new product or service they could persuade an existing customer to take on. The problem was that the push for cross-selling was so strong that the Company is alleged to have opened two million bank and credit card accounts without customers’ knowledge or permission between 2011 and 2015. The Company has now owned up to its mistake and extended its own investigation all the way back to 2009.

Already WFC has fired 5,300 employees in relation to the scandal and parted the Company with its longstanding CEO. The firm is subject to numerous class actions from customers and employees; is being investigated by regulators and SEC; and has been chided by both Democrat and Republican congressmen. Not exactly a conducive environment for turning the business around!

During the latest quarterly results conference call, it became clear that management is placing more emphasis on playing safe rather than growing the business. It looks very much like a case of troubles breeding even more troubles.

Since we cut Wells Fargo, its shares have been one of the worst performing in the US banking sector. It continues to show poor momentum. Even the most bullish analysts are coming to terms with the fact that profits will not be growing as fast as before, and that the best case scenario is for the ratio of costs to revenues to stay unchanged. This appears unlikely. During the latest results call, management admitted that costs in the near term may be “elevated”. We believe that the “near term” may last longer than many Wall Street analysts expect. The Company is emphasising about $2bn “investment” in the business, offset by $2bn of cost saves; no mention of how to fund investments if cost saves don’t come through.

What we liked when we were long the stock was the diversified, interest rate insensitive revenue base; it made sense in the world of low interest rates. But the “Trumpian” world with its rising rates environment places them at a disadvantage against peers we are long (Bank of the Ozarks and Western Alliance) (Figure 2).

The stock may look artificially cheap on many metrics, but this is driven by two factors:

In fact, using a more balanced approach to combine both value and momentum factors (Figure 3), WFC scores rather poorly in the bottom quartile of the universe.

We’ll stay short the bank and will continue to identify short positions in banks where troubles breed even more troubles.