Prada’s devilish governance is out of fashion - Morphic Asset Management

Prada’s devilish governance is out of fashion

PRADA’S DEVILISH GOVERNANCE IS OUT OF FASHION

In the 2006 film The Devil Wears Prada, Meryl Streep plays a ruthless, cruel and demanding Editor-in-Chief of a high fashion magazine who would only be seen clad in the most-current luxury brands. For the non-fashionistas, Prada is a Milan-based luxury fashion house founded in 1913. Likely reflecting the brand’s popularity in Asia, in 2011 the eponymous family listed the Company in Hong Kong at HKD 39.5 per share. With proceeds of EUR 1.1bn, the family repaid significant indebtedness and the Company raised funds to grow its global store network. Following a weak debut, the share price quickly doubled to HKD 80 since when it has slid steadily to the current level of HKD 25, some 35% below its IPO price with a market capitalisation of HKD 64bn (EUR 7bn). Over the same period, European and Hong Kong equity markets have increased by over 40% and 25% respectively. 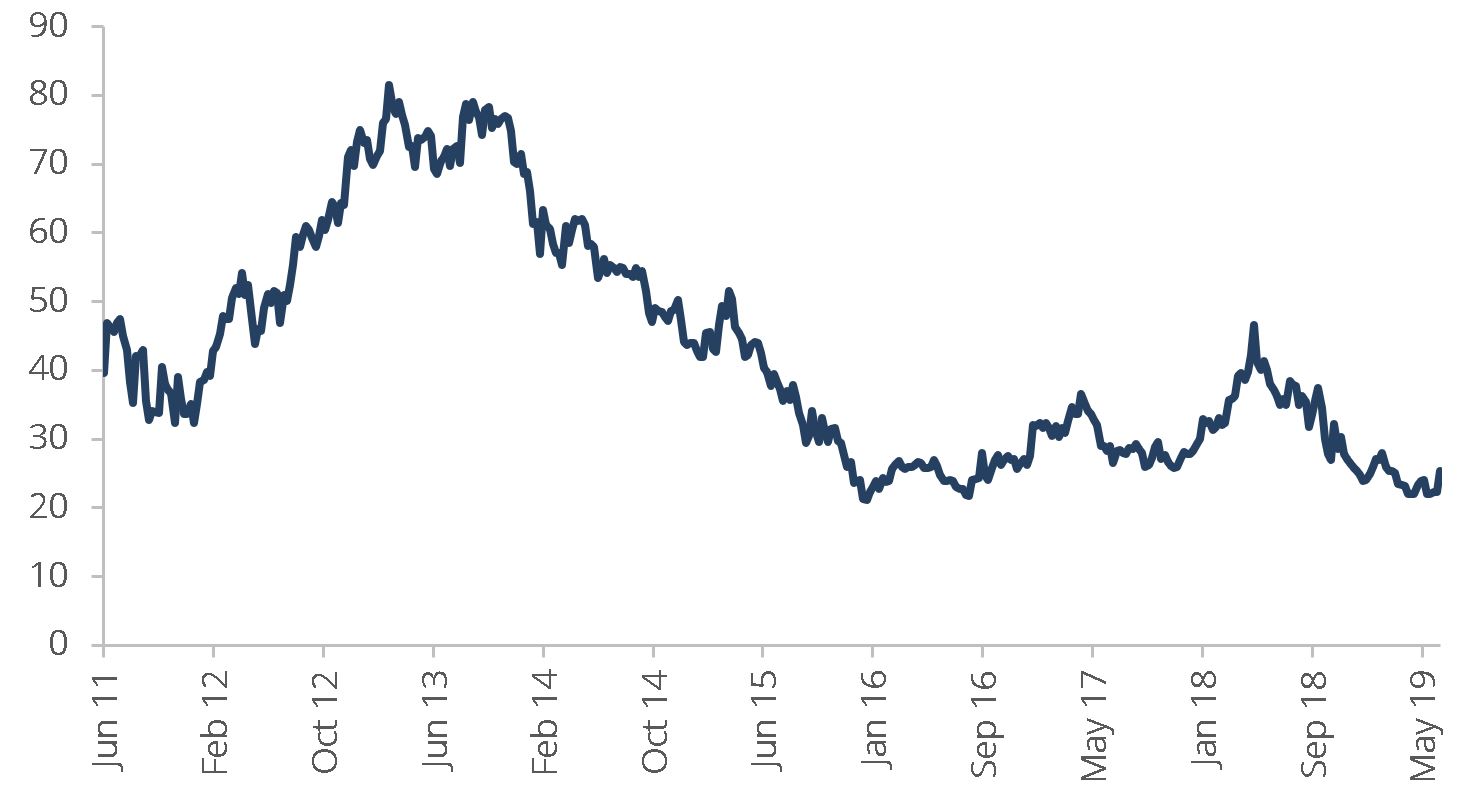 Having staggered down the catwalk of capitalism for eight years, 80% of Prada remains controlled by the co-CEOs, Miuccia Prada Bianchi and her husband Patrizio Bertelli. Hong Kong Stock Exchange rules permit a company’s free-float (or liquidity) to be 20%, a low level relative to other stock exchanges. On these facts alone, investors in Prada should not be surprised to find that they potentially have zero influence in the governance of the Company. A closer look confirms any such suspicions. The Executive Chairman has been on the Board for 15 years, clearly a trusted lieutenant given his directorships of the private companies through which the co-CEOs own the Company. The Board of Directors therefore lacks independence, with only four of the eight additional Directors being deemed independent per listing rules. Independence here seems comparable to the emperor’s new clothes.

We believe that the co-CEOs do not take their accountability to other shareholders seriously. In the last five years, only one of them has attended the AGM, once. Perhaps fashion shows are important but surely diaries can be coordinated? Board meeting attendance is not much better. Since the IPO, the co-CEOs have paid themselves handsomely, on average EUR 13m each a year or 8% of the firm’s total operating profit in 2018. As we will detail later, this bears no relation to the underlying performance of the business and contrasts with instances of better practice where controlling shareholders take nominal salaries (Steve Jobs at Apple, Elon Musk at Tesla). Prior to 2015, they also received consultancy fees amounting to EUR 70m over the preceding three years. This is in addition to EUR 1.4bn of dividend income, a dividend policy which of course minority shareholders have also enjoyed but which was not in place prior to the IPO.

We also observe that various significant long-term related-party transactions exist between the co-CEOs and the Company, such as franchising the brand to the family-owned flagship Milan stores and sponsorship of Bertelli’s America’s Cup yachting efforts. This simply adds to the suspicion that value leaks from minority shareholders to the co-CEOs.

Clearly, these actions need to be put in the context of the performance of the Company. The governance failings are explicit, but minority shareholders have no excuse for not understanding the associated risks and choosing to ignore them may be a rational strategy if they are also profiting from the expensive management talent that they are paying for.

The narrative used during the IPO was one of growth. The more stores that were opened, the more high-margin leather goods and clothing could be sold. As illustrated below, the global footprint has increased by 63% but at an ever-slower rate, close to zero currently. 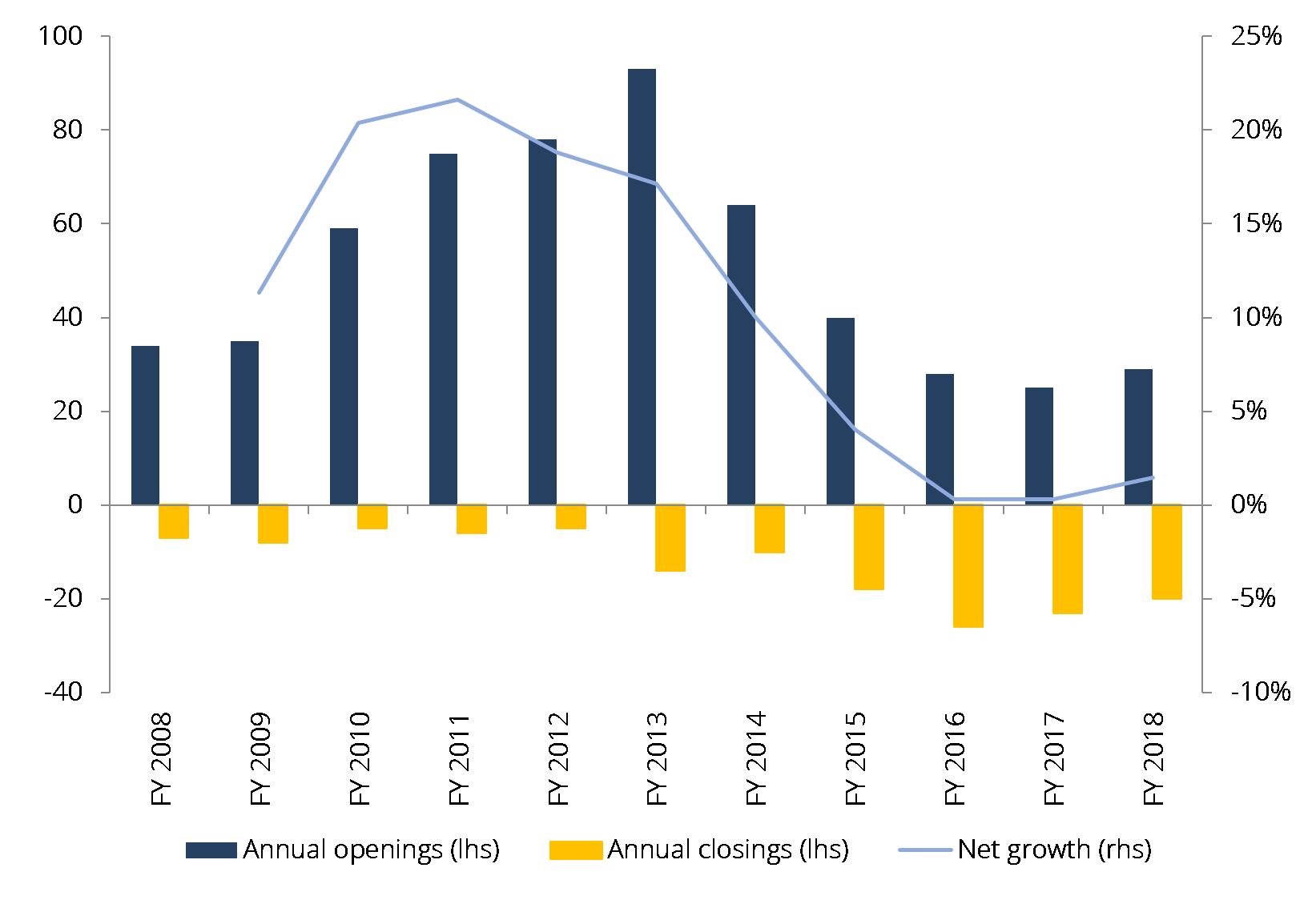 Growth is good, however, in this instance it has come with a luxury price tag attached. Prada appears to be selling less products per store than in the past. This apparent asset inefficiency may be explained by the brand being less attractive or stores simply being bigger and thus sales density lower (and rent as a % of sales higher). Either way, the margin earned by the Company has also followed this trend downwards, as seen below, and in contrast to peers such as Gucci who are earning record operating margins: 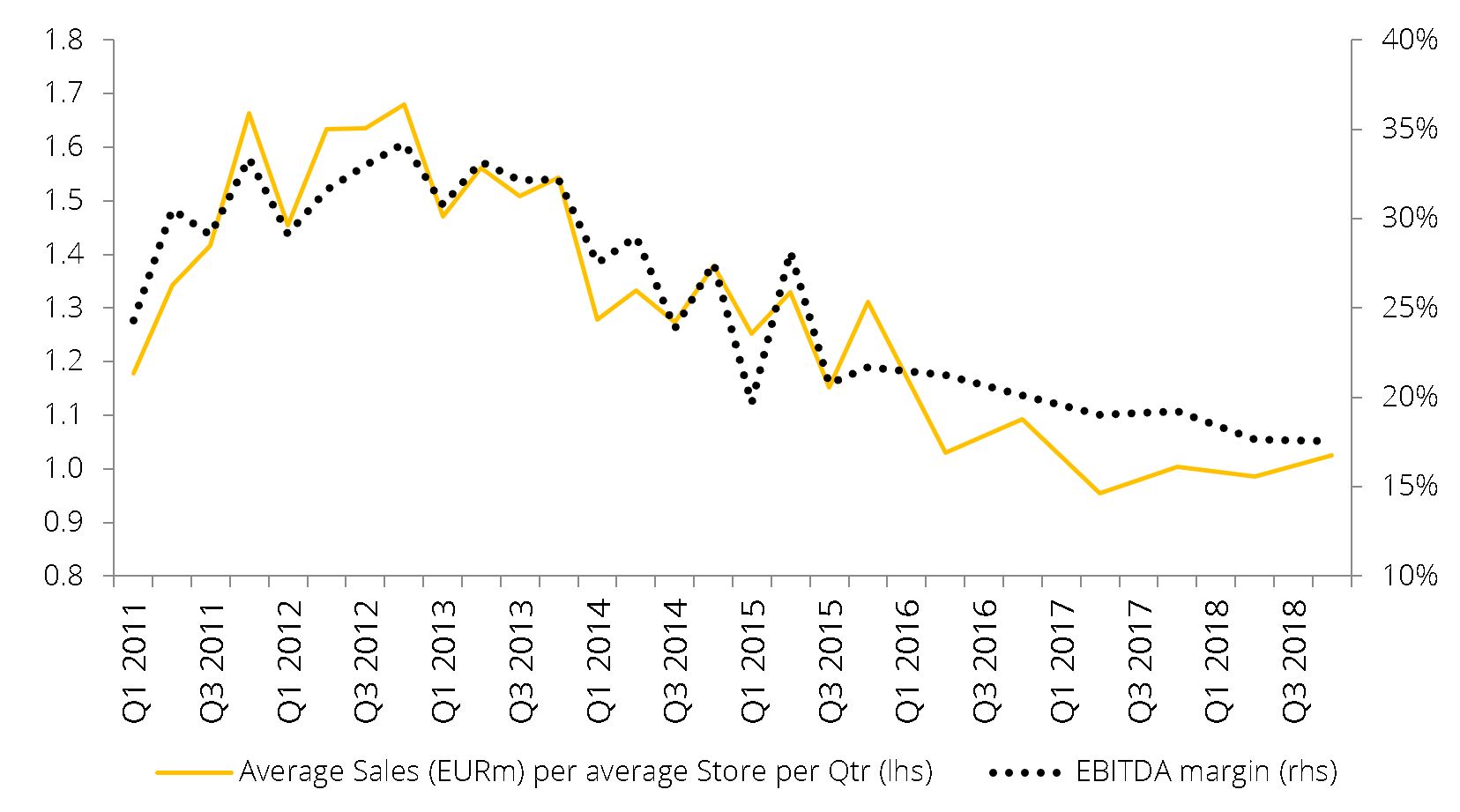 Since the IPO, 63% store growth has delivered 23% revenue growth but net income attributable to shareholders has more than halved. Over this period, the co-CEOs pay clearly contradicts the stated remuneration policy which is supposedly linked to the Group performance, and this comes directly at the expense of minority shareholders. The high price of this growth is also being felt elsewhere, namely on the balance sheet as illustrated:

As operating cash flows have dwindled with profitability, they are now exceeded by the combination of capex required for growth and the reduced dividend payments. Whilst the IPO repaired the balance sheet of both the co-CEOs and the Company, dividends are now being paid out from an increasing level of debt. Absent a dramatic turnaround in the business, the dividend will have to be cut further to avoid financial stress.

Our ESG expertise and analysis leads us to observe that there is often a cause and effect relationship between corporate governance and company performance. Rather than being a virtuous circle, in this instance, Prada shareholders unfortunately appear powerless to escape the well-dressed devil of poor corporate governance which threatens to drag them into the financial hell that originally inspired the IPO.