Juul: What were they smoking? - Morphic Asset Management

Juul: What were they smoking?

JUUL: WHAT WERE THEY SMOKING?

In Los Angeles for the first time in four years, Jack Lowenstein was stunned by the widespread use of the Juul electronic cigarette.

The following involves two US companies we can never own because of our ethical screens: Altria and Juul. It is a warning on the damage a combination of big tobacco, venture capital and devil-may-care marketing may do to your financial as well as physical health.

On one level, the Juul electronic cigarette[1] is an amazing story of American invention and sales chutzpah, not to mention capital market wizardry.

The Juul was launched on June 1, 2015. In July 2018, it raised US$650m, giving it a private market valuation of US$15b. Five months afterwards, Altria[2] (MO US), formerly known as Philip Morris, one of the world’s largest tobacco companies, bought 35% of Juul for US$12.8b, the biggest investment ever in a US venture-backed company. This valued the business at US$38b[3]. At the time, Juul had 1,500 employees, outsourced manufacturing in China, and an annual revenue of about US$2b.

It is easy to see what attracted Altria to Juul. Conventional stick sales are in decline and its in-house e-cig strategy was sputtering. Meanwhile, Juul has cornered 75% of the US e-cig market and is starting to also promote itself as a smokeless delivery mechanism of marijuana, a substance in which Altria has also made venture capital investments!

Juul’s secret has been to make itself the cool ‘iPhone’ of the vaping world, with a sleek format that is about the length of an old-fashioned cigarette and about the width of digital memory stick. Better still, as it only burns nicotine salts – a tiny but highly potent part of the tobacco leaf – it is less harsh for new users and doesn’t produce the huge tell-tale cloud of water vapour of earlier e-cigarettes. Finally, it has used adolescent focussed social media marketing and, like other e-cigs, it has launched sweet, fruity flavours to enhance its appeal to new users.

As we noted in commentary on the tobacco industry in our July-December 2018 Half Year report, the US Food and Drug Administration (FDA) has been a surprisingly assertive regulator in the Trump era, at least where nicotine is concerned. Since then, external anti-tobacco lobbyists have used the courts to bring forward tighter regulation on e-cigs. The US House of Representatives has also intensified its focus, launching an investigation on Juul’s deal with Altria and its advertising.

The main issues are the very innovations that gave Juul its edge: technology and slick marketing which has seen what the US Centre for Disease Control describes as an alarming surge in teenage nicotine use. Although most broking analysts who cover tobacco stocks seem quite relaxed, there is some prospect the FDA may act to wipe out much, if not all of the value that Altria thought it was acquiring in Juul, as the two companies find themselves locked in a regulatory show-down.

The FDA is upset that Juul has been so successful that it has managed to reverse the multi-decade decline in nicotine use by young people. Perhaps even worse, it has noticed that people using Juul are consuming much more nicotine than if they were smoking old fashioned cancer sticks. This means Juul is arguably more addictive than cigarettes, even if users are avoiding many of the other nasties in conventional nicotine consumption.

Generally, tobacco stocks have done better than we expected this calendar year, mainly due to falling interest rates which have once again made their high dividends appealing to non-squeamish investors. Altria is however the exception. Its stock is a little down this year, despite the US S&P index reaching record highs. The debt-funded purchase of the stake in Juul has already alarmed some investors. The existential threat to Juul will increase these concerns.

Ex-FDA Head Scott Gottlieb, who made cracking down on vaping companies a hallmark of his two-year tenure before he resigned in April 2019, speculated on CNBC last month that Juul would struggle to get its products approved due to the company’s unsavoury history of youth use.

We won’t be long waiting. Juul has less than months to make its case. After that, the courts have told the FDA it will have to approve or ban vaping companies within one year. 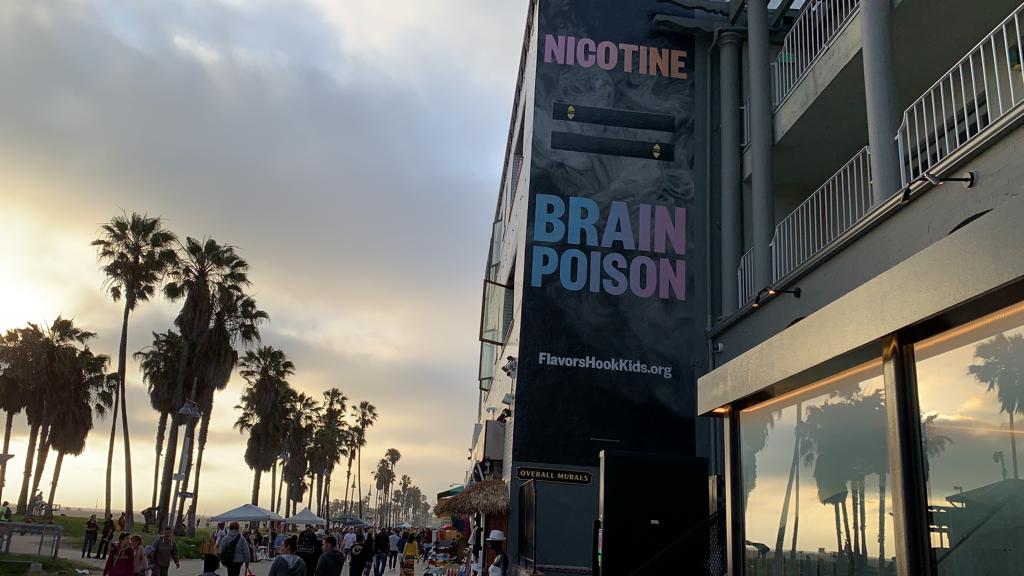 [1] This potted history borrows heavily on an excellent piece on https://en.wikipedia.org/wiki/Juul

[2] The history of Altria, including its conviction for racketeering, high spending on lobbying and sponsorship of climate change denial “research institutes” is also well covered in https://en.wikipedia.org/wiki/Altria

[3] Other investors may include fund managers looking after your superannuation like Fidelity and hedge fund manager Tiger Global Management. Private equity firm TPG Capital declined to invest due to ethical concerns.

1 thought on “Juul: What were they smoking?”