Greta, Hugo and the power of “you" - Morphic Asset Management

It was said by Victor Hugo “Nothing is stronger than an idea whose time has come”. And in this vein, it is remarkable to think it was just over one year ago on the 20th of August 2018 that 15-year-old Greta Thunberg began protesting alone outside of Swedish parliament against Climate Change Emergency. With incredible speed, this has morphed to hundreds of thousands of people globally protesting against the lack of action on addressing the existential threat civilization is facing.

Last week saw massive numbers of people turn out both in Australia and globally in the latest round of support of Greta Thunberg’s student movement against the Climate Emergency. This was ahead of the UN Climate Change summit in New York on the 23rd of September. A summit that, we note, our Prime Minister, Scott Morrison, has decided to not attend despite being in the USA.

We would hope many of our investors were able to get down and attend the rallies in their respective cities and hear some of the younger generation speak. And if for no other reason, chuckle at some of the more humorous signs on display! 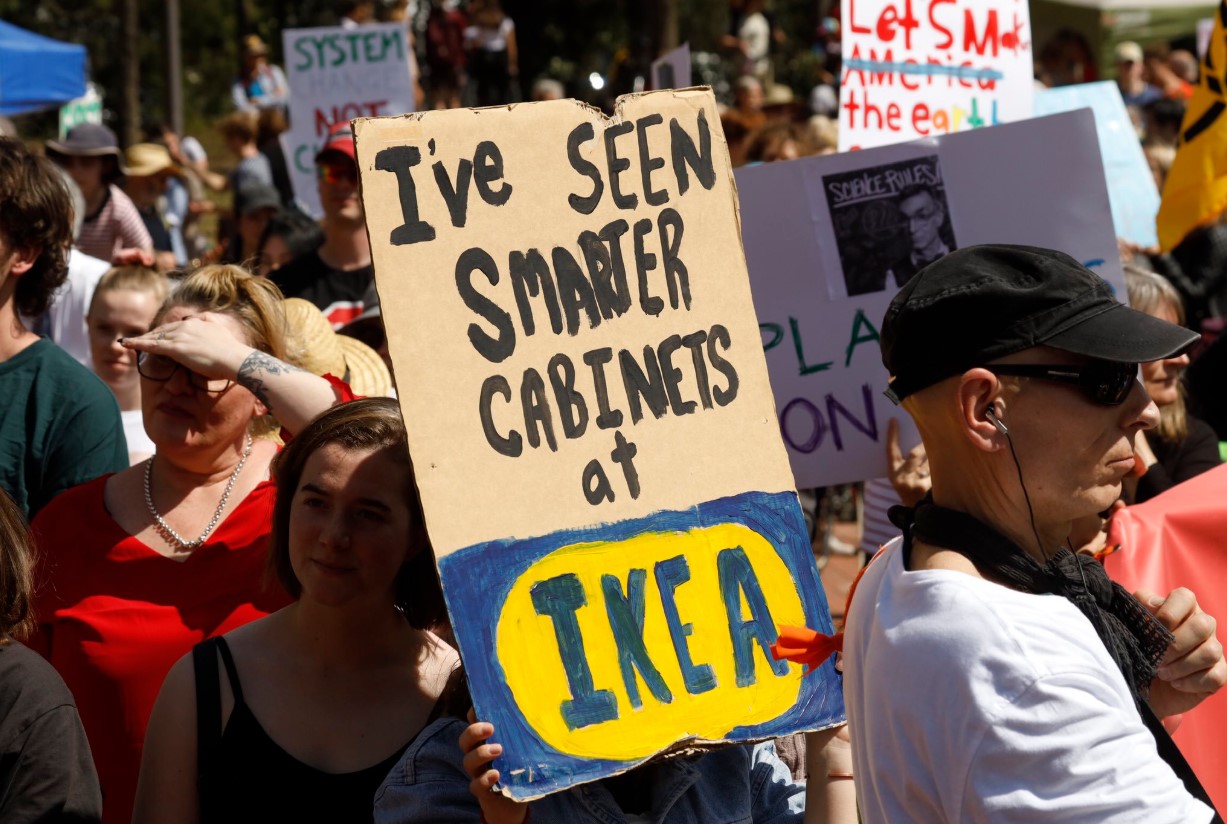 What was noticeable compared to last year was where lessons seemed to have been learnt following the Australian Federal election loss, part of which was blamed (rightly or wrongly) on Bob Brown’s caravan to stop Adani. This time, much more focus of the speeches were about not demonising and attacking workers who happen to work in fossil fuel industries and offering a more constructive approach and how best to create jobs for those workers under a greener future. Morphic wrote about this in our recent Half Year report.

Which brings us to the topic we think should be expanded on further – turning these words into outcomes. There was a lot of attacks on capitalism (rightly in some cases) and attacks on governments failing to listen, a harder accusation to prosecute in a compulsory voting democracy.

We say to concerned readers – start by changing your own behaviour. Morphic set ourselves some team goals after Friday, one being that everyone aims to sign up their families electricity providers to ones that are either carbon neutral, or renewable electricity providers. In Australia this a relatively easy task for a consumer to do online in 20 minutes.

Some of us have also set personal goals and plastic reduction and recycling.

Now, part of us resents the fact that one is forced to grade and rate and recycle, when a well-thought-out carbon pricing scheme and mandates on plastic usage could achieve these goals at a cheaper price and more efficiently. But as we have often written “the perfect is the enemy of the good”, meaning doing something is better than not trying because it’s not perfect.

Further it seems in the scheme of consumer/business/ government, the lure of money has led many businesses to move faster than governments to offer consumers choices. Support their businesses and others will follow.