What can be said about markets nearing the end of Q1 2019?

So far, 2019 is in line with what we were expecting at the beginning of the year. We reiterate we were more surprised with the selloff in December 2018 than the rally in 2019.

The two-month 10.5% (in USD) rally in 2019 was the third strongest start to a year on record. In March, we saw the first down week of 2019, yet the lack of follow through to the downside (down 2.5% following a 20% rally) shows how short positioned the market is. Bonds and stocks are rallying as the Federal Reserve (Fed) has moved to a pause stance. The US dollar is range bound and large equity market short positions that were established in December are still in the process of being squeezed back into the market which has caused an aggressive rally.

Key market data show that things are improving: China A-shares and Copper have both broken higher out of the ranges established across the last 6 months (Figure 1). It is often worth a check-up with Dr Copper. Copper’s heavy use in new homes, autos, and electronics tends to provide a forward-looking signal on the growth outlook.

Figure 1 – The copper index shows signs of improvements in 2019 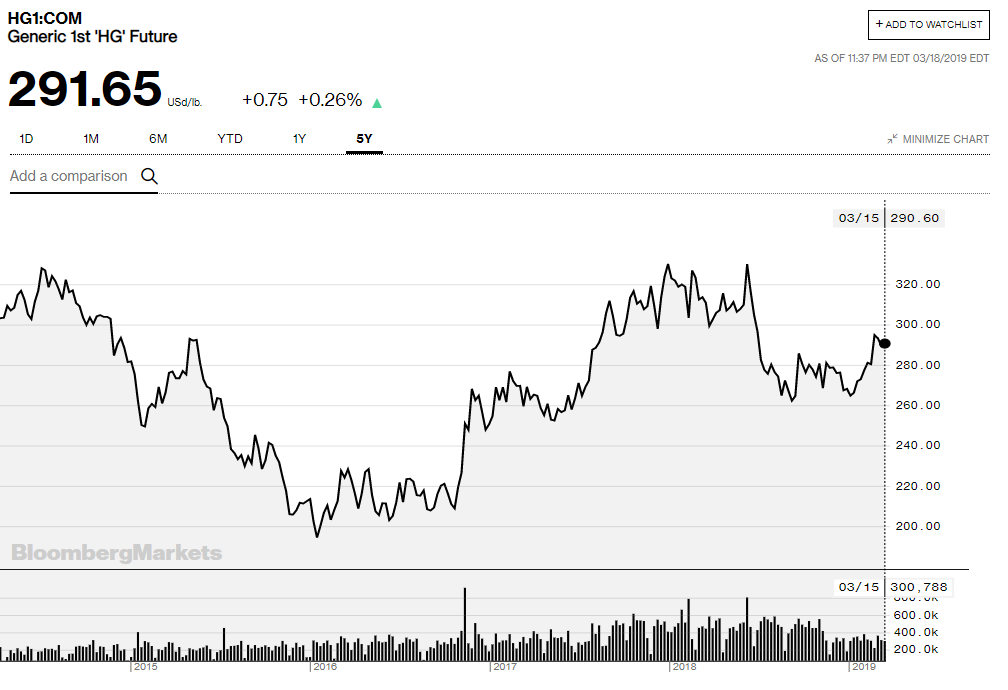 At the same time, data has not been particularly strong which has confounded the equity bears. From history, the equity market is willing to look through bad data if the Fed is moving to a dovish stance.

What is our outlook for the coming months?

We expect 2019 to be a good year for markets with some volatility thrown in. The S&P 500 Index (ticker: SPX) rose above 2800 in March, getting closer to the all-time high of 2929 in September last year (Figure 2). The 2800 threshold has been challenged and corrected three times since last year, but we expect the market to ultimately punch through this level this time. 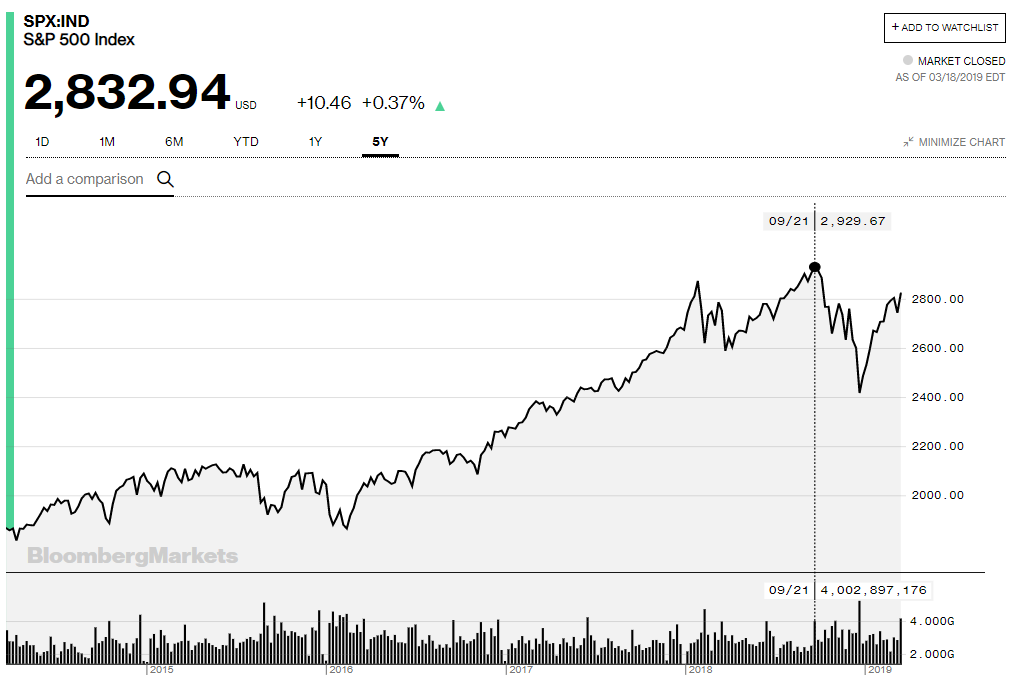 As discussed in our latest half year report, we believe Emerging Markets (EM) will outperform Developed Markets in the coming months.

What is our view on Brexit?

After many years of being able to ignore politics in developed markets, Brexit marked a watershed moment whereby politics began to matter again. As an example, the 10% fall in the British Pound post-Brexit has not been recovered.

It is hard to get an edge on the issue and the risk/reward is very poor. Yes, no, in, out, up, down, left, right: whatever the outcome, it is ultimately largely irrelevant for global markets but should a resolution be found to avoid a hard Brexit, the market will use it as a short-term excuse to add risk and vice versa.