COVID-19: There are no monetarists in foxholes - Morphic Asset Management

COVID-19: There are no atheists monetarists in foxholes

The US forces stationed in the Philippines in 1942, faced an impossible task. The Japanese Imperial army had taken control of most of South East Asia and there would be no more relief supplies. General MacArthur focused his remaining troops into the Bataan Peninsula where they fought for their life for three months, to distract and delay the Japanese forces from taking the rest of Asia and ultimately Australia. After 30,000 were killed or wounded, 76,000 ended up surrendering with many dying on the Bataan death march.

Their deaths were necessary, in today’s terminology, to “flatten the curve”.

And it was in that setting that U.S. military chaplain William Thomas Cummings uttered the phrase “there are no atheists in foxholes” in a sermon, being the title of this blog.

We use this story for a few reasons. At the highest level, the word “war” is being used a lot this month. Perhaps the statistics above give us some perspective on what those before us have done to “flatten the curve”, and remind us that what we face today with requests to self-isolate are not on the same level of the sacrifice.

On a secondary level, relating to markets, it turns out that right wing governments, when faced with a crisis, as they should, turn to Keynesian stimulus (more on that later).

So where does one start with, this last month? We won’t start with the virus. There’s enough written on that already. Equity markets have literally not seen this in 100 years. Perhaps four stylised facts of the last month: 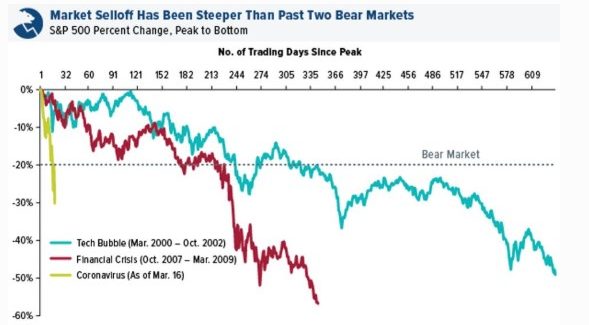 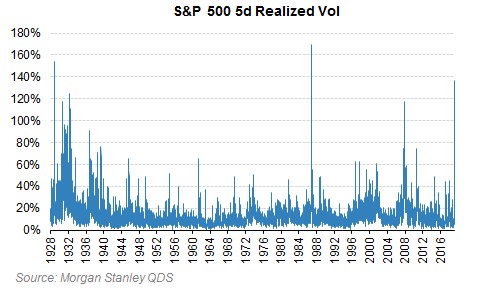 This hasn’t been a once a lifetime month, this has been a once in multiple lifetimes month. Part of the volatility this month has come from the abundance of new types of investors that emerged after the GFC.

We had alluded to our concerns about these new players in article we wrote a few years back, which have been borne out this month. Risk Parity funds in particular have struggled this month, with the travails of the largest, Bridgewater, discussed publically. Other large leveraged players in the equity market have likewise done poorly, with them becoming forced sellers exacerbating this decline. 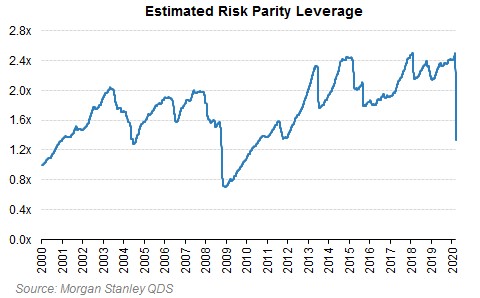 Whilst we don’t know a great deal about virus epistemology, we do know a lot about how markets work. It is important to remember, as per the start of this blog, that markets have often faced great uncertainty about the future. Sitting in 1932, your future was uncertain; in 1940 ahead of World War II; in the GFC lows of 2008. So the event changes, but the reaction path is similar.

The first thing markets have to get comfort with is the event. This manifests itself in volatility. So volatility nearly always peaks before markets trough. Morgan Stanley has produced the chart below looking at all volatility events in the last 30 years (the index only goes that far back). 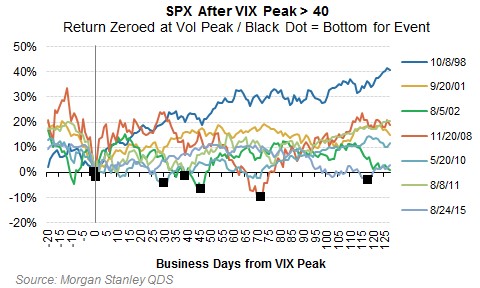 Currently, it looks like the (US) market volatility peaked on Monday 16th  March and at this stage, the market troughed on the 23rd about 8% below the levels of the 16th (I’ve inverted the market price below so it lines up with the increasing volatility).

It would seem likely that we are in the later stages of this sell-off. Selling now is unlikely to be a good trade.

Real world data is consistent with this type of price action. China is returning to normal, so we have a timeline for “success” and Italy this week appears to have passed peak new cases. The Italian data suggests that China is not an anomaly in its path and that leads to life returning to some degree of normalcy in late April or early May for many countries.

Remembering that markets rally when news is getting “less bad” rather than “good” – they don’t wait for everything to be good to start rising again. 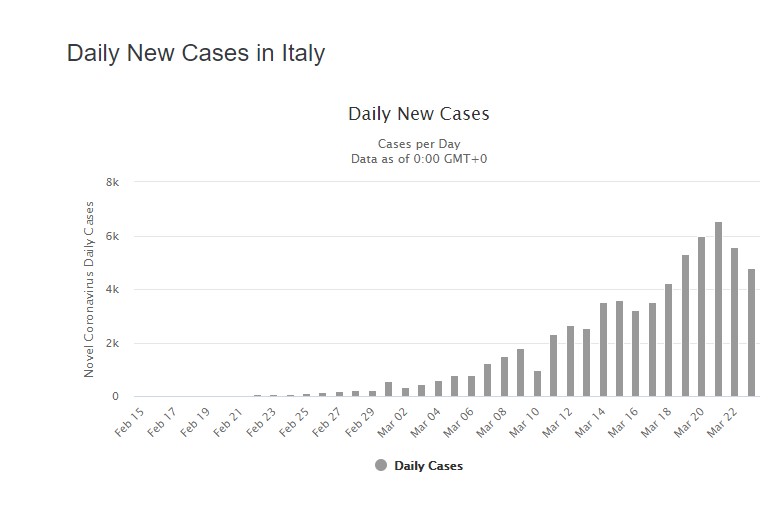 Having said all that, we believe the USA is a problem. A dysfunctional state, led by erratic leader, with a poor health system, we think the problems there could be larger and take longer to fix. 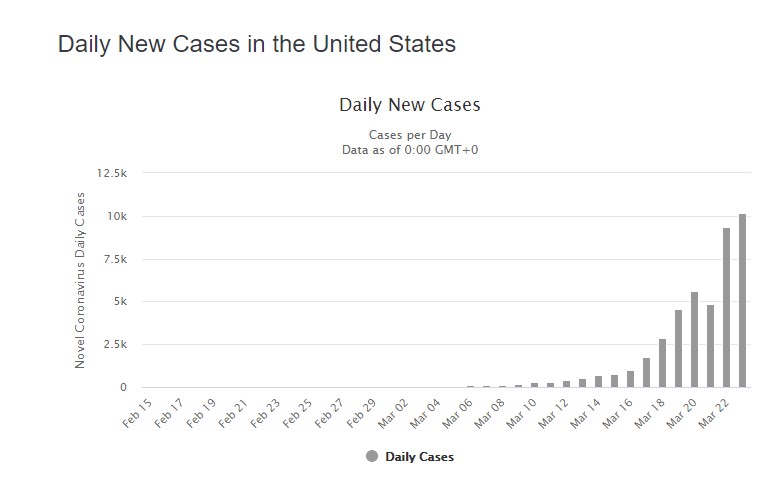 Lastly, on a personal note to readers, this has been a hugely stressful time for many families, including our own. Whilst it is hard to see it now, it will pass, even if the saying does at times seem glib. Humans are remarkably resilient and adaptable. If the climate crisis is everything we’re bad as a society, the virus is what we are good at responding to. It is an imminent threat, with obvious consequences.

If you look around, you see that markets and societies re-tool and adapt to the threat swiftly. Gin distilleries produce hand sanitizers; sleep disorder companies produce ventilators instead; nappy companies change production to produce masks.

The curve will flatten and life will return to some degree of normalcy.