Despite what seems in Australia to be all “doom and gloom” about China and it’s overbuilt of property which is seemingly manifested through falling iron ore prices (though we would argue the Iron Ore market is symptomatic of excess supply – and particularly lower cost increased supply which shifts the Marginal Cost breakeven point downwards), the Chinese stock market has been on a tear this year, with the main Market (Shanghai composite) up 40% YTD. Most commenters did not see this coming, as generally Emerging Markets have done poorly this year, with the tracker fund (EEM US) down 5% YTD.

So what explains this? We think it can probably be put down to a confluence of events, rather than a single one: 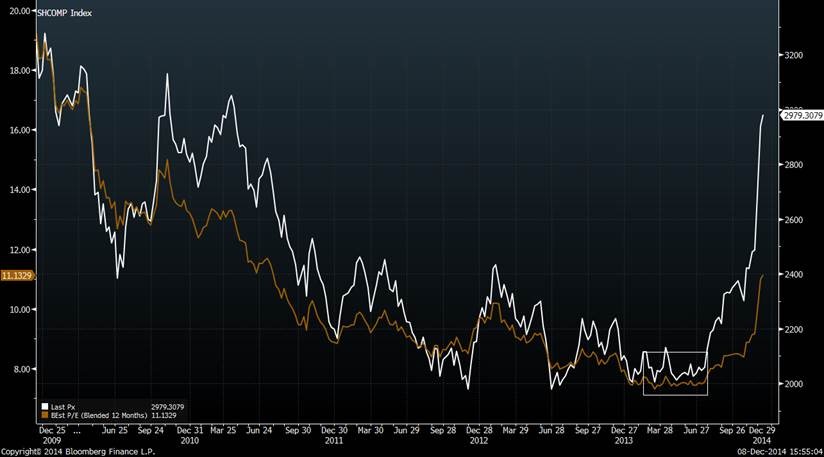 Morphic is long a few positions in the space, such as Shenzhen Expressway and Zhejiang Expressway with the latter being in the process of spinning off its stock brokerage business, (which we think in this market which is seeing rising volumes at brokerage houses, driving their earnings) will attract a lot of interest. We have not as yet built what we would call a large overweight (as per India) though.