Anti-predictions for the second half of 2015 – Part I

Anti-predictions for the second half of 2015 – Part I

China has for many years generated highly polarised views on its outlook. Those who obsess over its empty tower blocks and ghost cities warn of impending doom. On the other hand CEOs of iron ore producers until recently at least, saw nothing but uninterrupted steel demand growth and luxury goods retailers saw limitless demand for accouterments like high-end handbags. Like most things in life, the answer probably lay, and still lies, somewhere in-between.

The reality is that with a slowing economy and a currency China wants to hold constant against the US dollar for political reasons, it is a necessary outcome that interest rates are cut and liquidity increased.

Most recently this liquidity found its way into the stock market, as the usual avenue of property was closed, partly by regulation, and partly because of a previous unresolved bubble. In consciously encouraging this, the government hoped to incept a wealth effect which would result in a surge in consumer spending.

But the incompatibility of market forces and central government control soon became apparent. A surge in IPOs worried investors about the supply-demand balance. A sharp pick up in retail investor margin lending panicked regulators into increasing margin requirements, only to be forced into an embarrassing reversal a week later when the market collapsed as a consequence.

So where to next? Our base case is that this is a correction inside a bull-market for Chinese equities and that in any case, spill-over effects for other markets will be limited.

We believe it is unlikely that in six to twelve months’ time the market will be much lower given the further loosening in monetary policy we expect in China.

But the next six months present an interesting paradox: even if we are in a bear market in China – which we doubt – the market is probably going up as bear markets often have the biggest rallies. This was true even in the Tech Bubble in the 1990s – one of the biggest in our investment lifetime.

So even if one is negative about China, here is a comparison between the Shanghai Composite and Nasdaq of that period. Note the large rally phase after the initial fall. 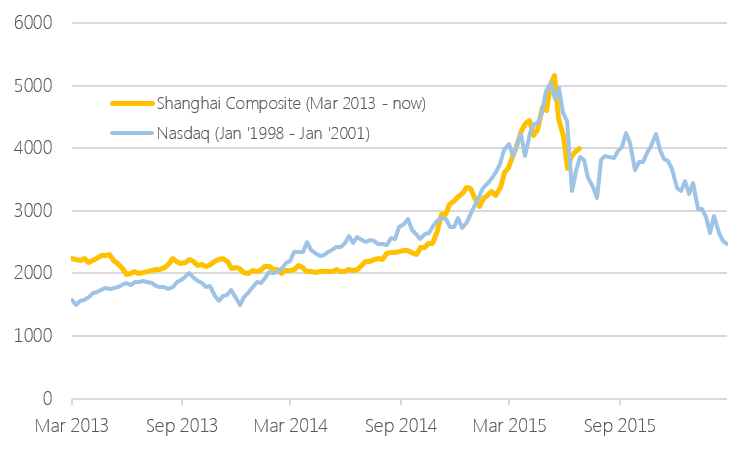 US DOLLAR INDEX WILL NOT FINISH BELOW 100

Back in January, we (mistakenly) thought rate increases were rapidly approaching. At the time we wrote in Half Yearly report to investors:

As we start 2015, the landscape in front of us is starting to change. Barring a large external shock, the US Federal Reserve will almost certainly raise interest rates this year. Market pricing currently suggests the first hike will occur in September, though we have long been, and remain of the view that it is more likely to occur in June.

As at the time of writing this, the probability of a September rate increase is less than 30% (see below for the expectations of the first rate increase date). It would also seem Optimal Control has now been consigned to the Macroeconomics textbooks trivia section (though whether “slower and less’ is optimal remains to be tested). 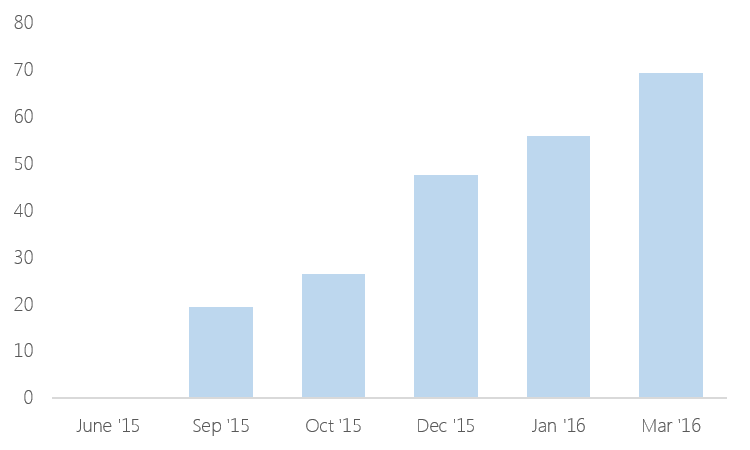 When the Federal Reserve finally raises interest rates, pressure for the US dollar to appreciate will revive. With US economic data building momentum through the second half of 2015, this should help the US Dollar Index make an easy transition through the psychological barrier level of 100 by year end.

So get your US Dollars soon if you are planning a trip to America later this year!

FIGURE 3 – RELATIONSHIP BETWEEN US INTEREST RATES AND US DOLLAR STRENGTH 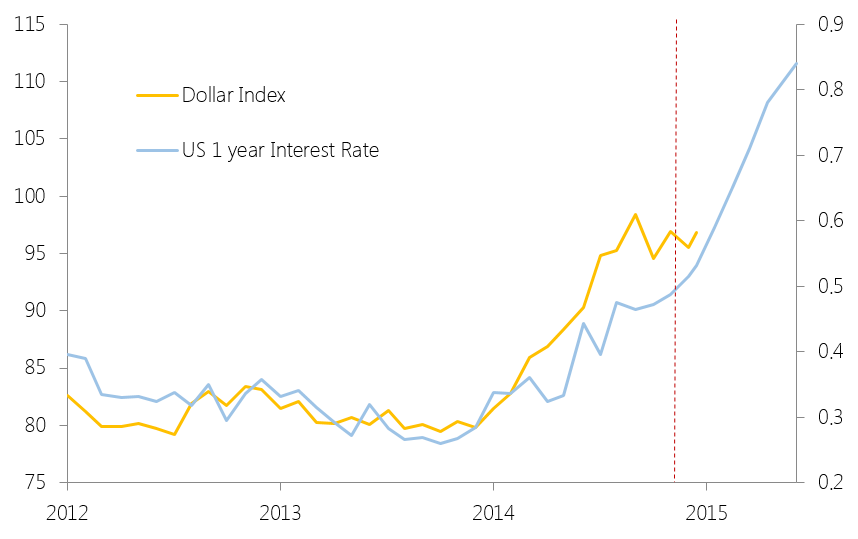 Next week we will provide our next two anti-predictions.