Having gotten off to a winning start last week with our forecast and Europe, closer to home did not prove to be a better hunting ground. We forecast back in July that “the Kiwi Dollar would NOT outperform the Australian dollar”.

Above is a chart of the currency pair with the red line signifying where we thought the currency would go…which was clearly wrong!

We had thought that with New Zealand needing to make more rate cuts over the coming year than Australia, this would continue to weigh on the NZ Dollar. In that sense, the forecast was right – the RBA is on hold for now and rates markets reflect that. It would seem that the move in the iron ore price to new lows has had a greater influence on the currency pair, coupled with the stabilizing and rebound of milk prices.

So, mark that down as a loss, though only a small one, with currency going from 90c to 92c. Next week we start to get to some calls which are so line-ball that we may not be able to call a winner or loser before year-end. Namely our calls on the Chinese stock market and the AUD vs EUR.

OPEC MET LAST WEEK AND IT SEEMS THERE WERE SOME FIREWORKS

OPEC met last week to decide on their quotas and from all reports, it descended into a disagreement. It could be described as “everyone wanted Saudi Arabia to cut and they keep producing so prices could go up”. Saudi is clearly sick of playing this game where other producers free ride on them cutting, so the end agreement was actually a quota increase rather than a decrease (they were already producing above quota), to nominally make way for Iran.

This sent the Spot oil price down 6% on the week and to new lows for the year. It’s also had the effect pulling down the 1 year out price a lot as the market starts to believe there is no let up soon.

Figure 2 below shows the oil price curve of today; last week; and last month. As you can see the moves downwards have been most pronounced in the late 2016 part of the oil market, rather than say the 2019 part. This is the markets way of saying they see this ultimately ending, but now believe the “war” will run for longer than first thought. 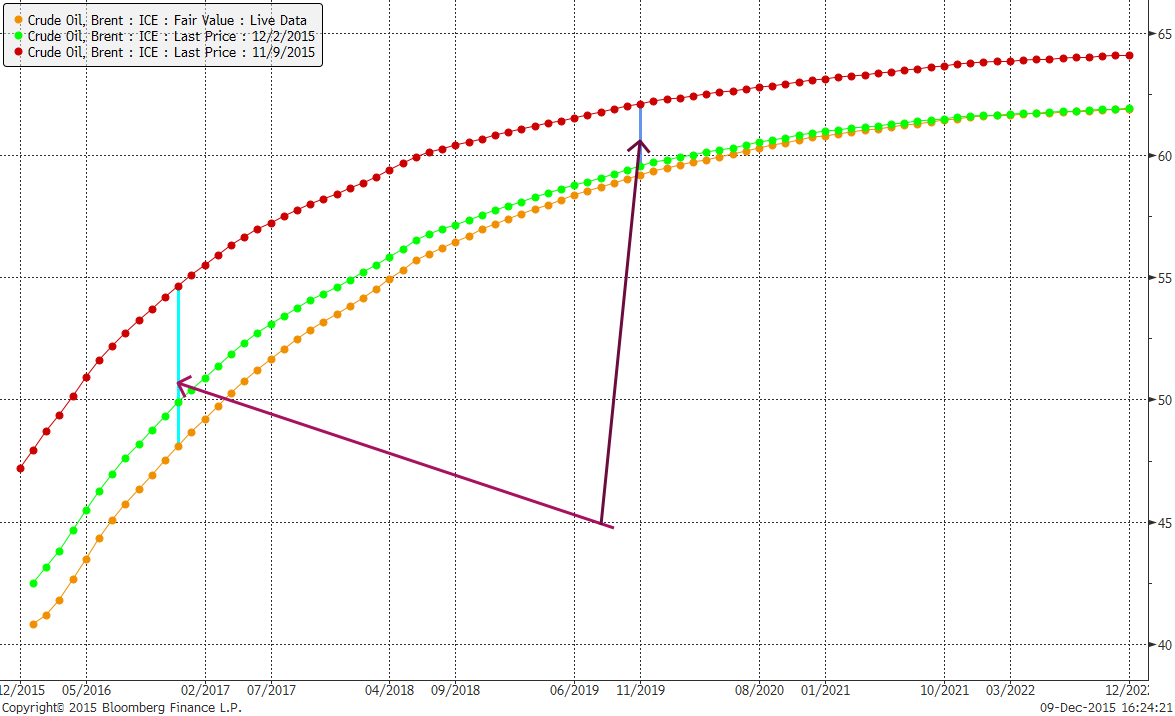 Why do this? This is a “war of attrition” Saudi Arabia has decided and that they need to drive out a lot of the newer supply, such as North American Shale or Canadian Tar sands, to regain control of the oil market. To regain control it means, they have to be the marginal producer of oil. So despite them losing reserves at the rate of $10bn USD a month and running large budget deficits, so quite a few in the market thought it would be them who blinked first. Unfortunately for them, it turns out the price at which the new supply leaves is much lower than first thought!

WHAT DOES THIS MEAN FOR MARKETS?

Let’s answer this in order of ease/relevance:

1) Oil stocks and Oil service companies. Fairly self-explanatory: it’s bad. Not only is the price of the oil they sell going to be lower than what people had been hoping for, it seems the war will continue into 2016. This means oil service stocks will come under particular pressure to reduce the prices they charge to oil producers. For those with a lot of debt, this could be a terminal problem.

2) Credit Markets – high yield credit markets: bad. These markets have been dominated in the USA of late with issuances from oil-related stocks. These are likely to now enter default on a number of issuances. So when you look at HYG, which is a high Yield Bond ETF traded in the USA, the chart looks a lot like the oil stocks – making new lows for the year

3) Investment Grade Credit: Less clear. Not as much energy-related issuances here and as one would expect, it has not made new lows for the year.

4) The Federal Reserve and other markets: at the margin, this now makes it less likely that headline CPI returns to trend levels as the year on year effect of the lower oil washes out. On the whole, it reduces the need to raise rates as it reinforces the deflationary forces in the world today.

Normally one would expect the lower prices to flow through to higher consumer expenditure, but the one noticeable thing of this year is how little consumers have spent – they have tended to save the windfall.

Interestingly,  longer-term market-based inflation expectations have not gone back to their lows of their 2015, suggesting the market things that with unemployment at such low levels, the pass-through will be less, though this is not a certainty as they are still trading lower than where they were a year ago.

Don’t own oil stocks and be aware that there is a small but non-negligible chance that rising defaults in the high yield market could infect other credit and equity markets in 2016. Stay cautious and look for spread or pair trades that don’t need market directionality to work, until we see more signs that the market is rolling over before going to a higher cash level. 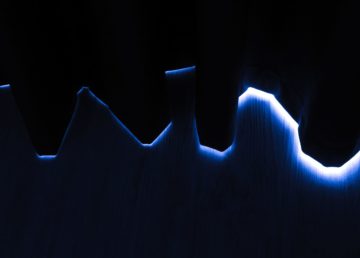 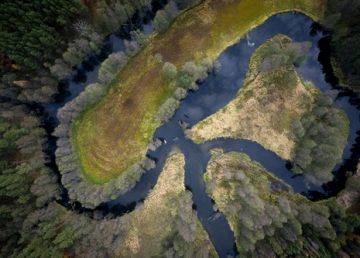 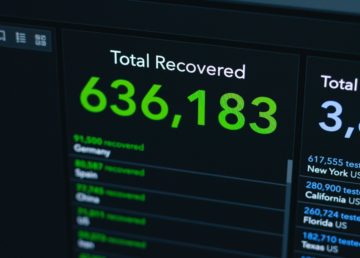